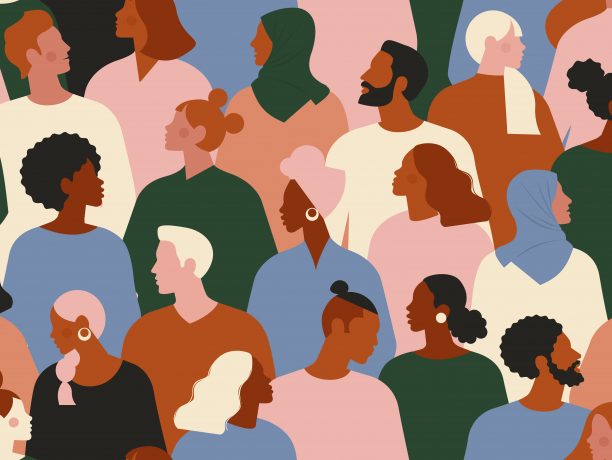 Diversity within law firms is continuing to slowly improve year-on-year, but larger firms are lagging behind smaller ones across several measures.

This is one of the most striking findings from an in-depth study by the Solicitors Regulation Authority of diversity data from more than 8,700 law firms employing more than 180,000 people across England and Wales.

The SRA found an increase in the proportion of women in the profession (up slightly to 52%) and although the seniority gap between female partners and solicitors remained significant, it had narrowed slightly. However, the pace of change was slower in the larger firms. Women made up 61% of solicitors (no change since 2019) and 35% of partners overall (up from 34%). In the largest law firms, only 31% of partners.

Some in the sector have told us anonymously that they believe that women’s promotion prospects suffer from men’s assumption that women will disappear from the workforce for lengthy periods because of a decision to have children. There is also a belief held by men that women themselves do not compete for the top roles because of fears over work-life balance.

In terms of ethnicity, the SRA identified a 0.5% increase since 2019 of lawyers of minority origin across all firms, with 17% of lawyers having a minority ethnic background. However, there was a widening gap in the profile of partners in the large and small firms, with just 8% of partners at the largest firms being black, Asian or other ethnic origin, compared with 23% at firms with two to five partners, and 35% at single-partner firms.

The SRA suggested this may be because small firms were more likely to represent particular parts of the community – the parts that the lawyers themselves came from.

There continued to be potential under-reporting of disability within the sector, found researchers; although there had been an increase from 4% in 2019, just 5% lawyers reported they had a disability, compared with 14% of the wider UK working population.

Anna Bradley, chair of the SRA, said: “A diverse and inclusive legal profession which reflects the wider community is not only good for the public, but good for legal businesses themselves. These latest results show that while we continue to see change for the better across many areas, work is needed to achieve real diversity and inclusion across the sector as a whole.

“Diversity for black, Asian and minority ethnic solicitors and women at senior levels is a particular challenge at large firms. We know that many firms have excellent initiatives in place to address progression and retention, but there is clearly more to be done. We will be using this data to inform our decisions about the contribution we can make to bringing about the difference we all want to see. We encourage everyone else to do the same.”

In recent years law firms large and small have stepped up efforts to increase diversity in the sector, signing up to initiatives such as RARE’s Race Fairness Commitment, employing diversity leaders and using data and AI to recruit outside the more privileged socio-economic groups. In October last year some of the UK’s largest City law firms set up Legal CORE to enable them to help each other dismantle the barriers to legal careers for all.

Lloyd Stephenson, global director of inclusion, diversity and recruitment, Bryan Cave Leighton Paisner LLP, told People in Law that leading law firms were committed to change, despite the slow progress: “These findings are not surprising and there is certainly the motivation for change. Like BCLP, many law firms have embedded social inclusion and mobility practices.

“We at BCLP are fully committed to continue to innovate and lead in this area in how we recruit and retain talent, and produce the lawyers and partners of the future. Through our many programmes – such as our PRIME Commitment programme Career Kick Start, an annual two-week work experience programme aimed at year 12 students from non-advantaged socioeconomic backgrounds; BCLP Potential, an early careers inspiration hub aimed at students in the UK between 15 and 19 years old, offering invaluable insights into the role of a lawyer – and through our partnerships with PRIME, Aspiring Solicitors, RARE and others, we are the only law firm to have been ranked amongst the top 10 employers in the Social Mobility Employer Index in each of the 5 years it has been run.

“We are trying to drive change and enable anyone with an ambition to forge a career within the legal profession to have access to all the opportunities regardless of their background.

Stephenson added: “There is still a lot more to do, but change is happening.”

A study by the InterLaw Diversity Forum late last year had similar findings to those of the SRA, but noted that progress was particularly strong when it came to social mobility. Daniel Winterfeldt, the founder and chairman of the forum and general counsel at Jefferies, an investment bank, said the legal sector needed to “move away from jazz-hands diversity aimed at public perception” and carry out meaningful work to encourage the recruitment, retention and promotion of the best talent, including those from diverse and socially mobile backgrounds.