What did the Race Commission tell employers about bias? 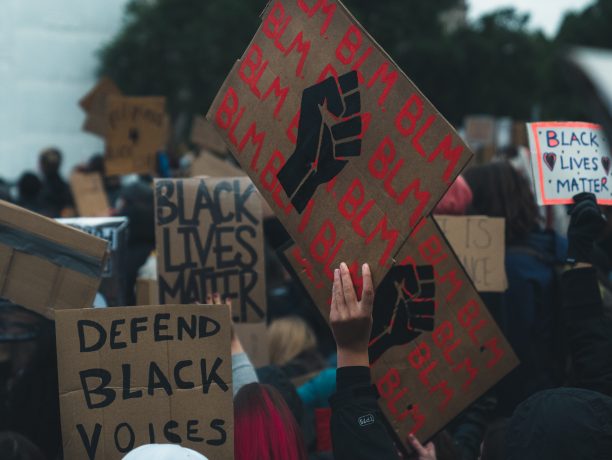 The Commission on Race and Ethnic Disparities report has been widely condemned for its ‘whitewashing’ of many problems in society but when it comes to HR and legal firms, some of its findings give food for thought.

The Commission’s report has attracted plenty of negative comment and is alleged to have partially led to the resignation of the Prime Minister’s race adviser, Samuel Kasumu.

Its key finding that, while racism and racial injustice still exist, “we no longer see a Britain where the system is deliberately rigged against ethnic minorities”, ie that institutionalised racism has been weakened or has disappeared, is the subject of intense criticism.

Doreen Lawrence, mother of murdered teenager Stephen, speaking at virtual event organised by De Montford University, reacted to the report by saying: “Those people who marched for Black Lives Matter? It’s denying all of that. The George Floyd stuff? It’s denied all of that.”

And Lord Simon Woolley, a former chair of the No 10 race disparity unit, wrote in the Guardian that the report was “a huge missed opportunity, when the nation feels ready for change and open to the idea of real, long-lasting work to undo the scourge of racism”.

The report’s rejection of the language around Black Lives Matter is highly controversial. The report stated: “Phrases like ‘white privilege’ and ‘white fragility’ imply that it is white people’s attitudes and behaviours that primarily cause the disadvantage experienced by ethnic minorities. It also reinforces the perception that being an ethnic minority in the UK is to be treated unfairly by default. The evidence we have studied does not support this.”

Statements such as this are particularly disappointing for David Lammy MP who was commissioned by former prime ministers Theresa May and David Cameron to produce a report on discrimination within the policing and criminal justice systems.

Published in September 2017, most of the report’s recommendations have not been implemented despite the government stating that they would be.

The new report marks a complete change in direction from the government, away from the Lammy findings and towards an emphasis on presenting the UK’s achievements in racial equality and drawing attention to segments of the white population falling behind – “another revelation from our dive into the data was just how stuck some groups from the white majority are,” says the study.

Flying in the face of the emphasis of most campaigners for ethnic minorities, the Commission authors take an optimistic tone when it comes to the workplace: “The pay and employment story has been a broadly positive one in the last quarter of a century. There has been a gradual convergence on the white average in employment, pay and entry into the middle class, with some groups overtaking the white majority and others somewhat underperforming.”

The report looks into diversity in several sectors and recognises in the legal sector the efforts some firms have made in improving recruitment practices and career opportunities for people from ethnic minorities.

It noted that the largest firms (50 or more partners) had the lowest percentage of ethnic minority partners (8%), in contrast, with one-partner firms where 36% had a partner from an ethnic minority background.

The report acknowledged how the most elite law firms – those that make up the ‘magic circle’ including Freshfields, Allen & Overy, Slaughter and May, Clifford Chance and Linklaters – showed some variation in their diversity levels at partner level. For instance, it stated, 6% of partners at Slaughter and May were of ethnic minority background compared with 10% at Linklaters as of 2018/19.

These firms were mostly more diverse at associate level than the national average, the report found. Around 18% to 26% of magic circle associates were from an ethnic minority compared with 15% of associates across all law firms. The exception was Freshfields at 13%.

An encouraging 23% of pupil barristers came from ethnic minority backgrounds, the report found, as opposed to 14.6% of practising.

The authors recognise bias at work and cite figures showing that people with names that suggest they come from an ethnic minority have to write 1.6 letters of application before getting a call back for every letter for people with “white” names.

However, the commission draws a bewildering conclusion about such application tests, stating “While they show discrimination against names that are recognised as not being traditionally British, it is unclear if this effect is about race, class or perceived foreign culture.” Some might argue that the authors were desperately trying to avoid the word “racism” at this point.

Although it is critical of unconscious bias training, the Commission praised more comprehensive attempts to introduce fairer recruitment practices and the need to tackle bias in the workplace. Here it praised law firm Baker McKenzie, for its use of a combined approach of blind screening and contextual recruitment.

Encouragingly for legal firms, efforts to improve diversity, such as Baker’s, which have been reinvigorated to some extent by the Black Lives Matter movement, were recognised by the Commission as a strongly positive development. It drew upon evidence from the Employment Lawyers Association highlighting that many firms had adopted Rare Recruitment’s Contextual Recruitment System in recruiting candidates from diverse backgrounds. “This initiative was considered important in helping the legal profession in particular to reduce the evidenced racial inequalities that exist when recruiting young people,” the report stated. “Rare reports that firms adopting their CRS hire 61% more people from disadvantaged backgrounds.”

Although the Commission described unconscious bias training as ineffective its description of such bias was revealing: “All people, not just white people,” it said “are subject to these biases but it matters more if you are 84% of the population and tend to dominate the top positions. There is a perception that people at the top tend to have affinity bias, appointing people in their own image.” It cited surveys by Harvey Nash’s Engage network of senior executive and board leaders from ethnic minority backgrounds that found that 63% believed that the unconscious biases of boards and CEOs was a factor in explaining why there is so little diversity at board level.”

Such a finding might lead us to question why then the report rejected bias training. The Commission justified this with the statement: “Many companies have been prompted into intense soul-searching with regard to race, prompted by the Black Lives Matter movement last year. They have adopted various diversity and inclusion indexes, tick-box exercises and charters, such as unconscious bias training. The result, however, seems to be a focus on process rather than outcomes: this training scheme, that equality initiative, a newly designed culturally neutral form.”

Some in the sector would agree. In Diverse Company, which contributed to the report, praised it for pinpointing why unconscious bias training was ineffective and proposed an alternative model for tackling unfairness. Its CEO, Johanna Beresford, agreed that people’s unconscious bias was at play in the workplace but to tackle it, far more immersive approaches needed to be taken. In Diverse’s cultural inclusion maturity model was raised by the Commission as a good example. The report said: “The bespoke model … is focused on driving consistent and meaningful behaviour changes in a measurable way, and tailored to meet respective business needs.”

Beresford added: “Our model addresses the issue of fairness in the workplace, across all aspects of diversity and intersectionality. We measure inclusion, diversity and employee experience by analysing team cultures, leaders’ behaviours and the organisational system (policy and processes), providing employers with clear recommendations proven to increase inclusion, engagement and diversity.”

Many larger businesses may have been preparing to introduce ethnicity pay gap reporting. However, according to the review the pay gap between ethnic minority and white employees had shrunk to 2.3%, its lowest since 2012. “It is clear that pay gap reporting as it is currently devised for gender cannot be applied to ethnicity,” it concluded.

“This includes ensuring that progression and pay is fair regardless of people’s race, other personal characteristics or background, which is why we’re disappointed that the commission has not gone further and recommended the introduction of ethnicity pay reporting and greater transparency. Racial equality at work is not just about participation in employment but also about progression into more senior roles. Pay reporting can highlight organisations and sectors where this is not happening, providing key information for employers on where they need to focus attention.”

Cheese praised aspects of the report, saying its focus “on advancing fairness and evidence-based practices in the workplace is welcomed. We look forward to working with the government to help develop guidance on the people management and development approaches that are key to improving inclusion and diversity at work.”

Beresford, however, was not enthusiastic about pay gap reporting: “The problem often with ethnic pay reporting is the data is incomplete as disclosure of ethnicity is voluntary, therefore any calculation will not be accurate.”

While the report has provoked strong reactions from many over its broad brush conclusions about society, which are politically convenient for this Conservative government, it could be argued that for business and HR it contains confirmation that by using sophisticated tools to tackle bias and discrimination – perhaps even the “white privilege” which it rejected – the Commission’s authors have struck the occasional right note.