Is target-setting the best way to drive diversity and inclusion? 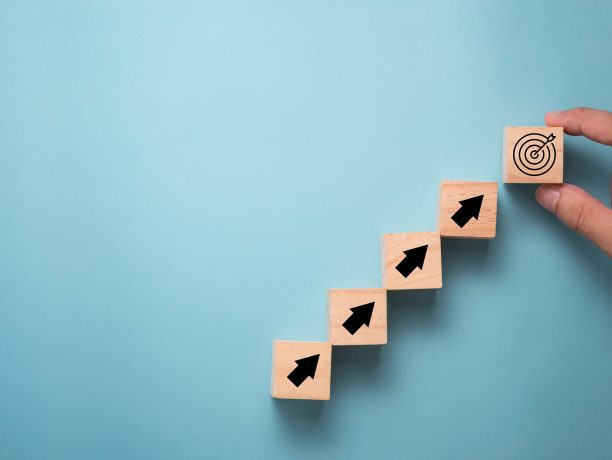 The moral and ethical reasons aside, diversity is good for business, with a McKinsey and Company report finding that firms in the top quartile for ethnic and gender diversity are significantly more likely to financially outperform their competitors.

D&I has always been on the business agenda, but the reasons for doing so have become even more stark as the economic fall out of the pandemic and the #BlackLivesMatter movement have shone a light on the injustices that many groups face in their daily lives.

The list goes on, and the Solicitors Regulation Authority regularly publishes data on the diversity of the profession which increases the pressure for action. But there is a view that some firms are setting targets they have no hope of achieving – with Linklaters having previously missed its partnership gender diversity target in 2017, for example – and that target setting is just another example of HR “box-ticking”.

What are firms doing wrong when it comes to setting diversity targets? And are targets the right way to promote inclusion?

Eyes on the unattainable

The biggest mistake any organisation can make when setting a target or a quota is picking a number that could be unachievable, no matter the cultural change they have enacted, says D&I consultant Fiona Jackson. This is often because they do not understand who is needed and where.

They should analyse the data they have about those they already employ at different levels, and gain an understanding of external factors that may impact their ability to attract certain groups, such as the ethnic make-up of their local area.

“Understand the realities – what is the existing population of the organisation like? And what does the working population look like around you?” says Jackson.

“I’ve done some work with clients who are very much based in the remote areas of the country. From an ethnicity perspective, for example, you need to be realistic about what you can achieve from the areas around your organisation.

“You also need to look at the timeframe you have, how often people leave and how often people join. Model something that is stretching but achievable, with the numbers behind it to show that it could be done.”

Getting the balance right is imperative – targets should be ambitious enough so that they achieve a real cultural shift, but should not be unattainable.

Corinne Aldridge, a partner and head of employment at Kingsley Napley, says: “Although the Race Discrimination Act and Equal Pay Act [now part of the Equality Act 2010] were put in place many years ago, we haven’t seen a massive cultural changes  in the workplace. Yes we have to be ambitious in what we want to achieve, but it’s important not to just set targets without the right supporting framework in place to bring about those fundamental changes  – from recruitment processes to working practices and firm communications. Without this top down view you are simply not going to hit the targets especially if they are not within your industry norm.”

Setting sweeping targets is also a concern. Sheena Corry, head of D&I solution design for Brook Graham at Pinsent Masons, says targets need to be granular and teams need to understand what the target means for the part of the business they have influence over.

“There needs to be a clear and straightforward mechanism for tracking progress against the targets and rolling these up to the overall global numbers,” she says. “What I have found is that if one part of the business is exceeding their targets for women leaders for example, this can help to offset a shortfall in other areas when it is all calibrated together. But unless you have this data to hand it’s very difficult to build that overall big picture.”

Jackson adds: “Don’t have a blanket target. Some parts of the business with a low churn will have limited opportunities to replace people, so ultimately the targets that they have should be different in order to achieve an overall target.”

How targets are framed and communicated internally and externally can also have influence their effectiveness.

Jackson says firms may face “backlash” from employees if they, perhaps wrongly, feel they could be disadvantaged by a push for more diversity.

Jackson encourages firms to think about how a D&I strategy is positioned: “Is it a target? Is it a quota? Is it an ambition? There’s slightly different nuances between each.”

Aldridge adds: “The problem with just setting targets is that they are sometimes perceived negatively, i.e. the promotion of people who have certain characteristics only because they have those characteristics. That’s wrong and the extent to which that happens is actually rare.”

“Just setting targets will not address any cultural issues within a firm – you have to go beyond that and get buy-in at senior levels,” she says. “The trouble is people don’t do that. If you don’t win the hearts and minds of people who will endorse and bring in change then it’s much harder to achieve.”

Shannett Thompson, D&I advocate, a partner in the healthcare regulatory team and training principal at Kingsley Napley, adds: “There can unfortunately be a tendency to farm D&I out to people who don’t necessarily have the decision-making ability. It can’t just sit with HR or D&I teams – it must have senior management buy-in to encourage cultural change and make a real difference. There’s no point in setting the targets otherwise, because it means the organisation isn’t ready to make that cultural shift.”

Pinsent Masons works with other organisations to improve D&I. Corry says that buy-in is key to success, alongside upskilling HR professionals in the basics of target setting including language, processes and tools.

“Leaders also need to impress upon the business the importance of working closely with HR teams, particularly around recruitment and promotion decisions, to achieve the targets once they have been set,” she says.

So, is setting a target for diversity and inclusion an appropriate way to drive change?

Not for every organisation, suggests Thompson, who says that Kingsley Napley has not set targets or quotas around particular characteristics.

“What we have done is focused on our culture and ingrained D&I into our business plan. Our overarching aim is to unlock our potential to grow our business through greater collaboration, efficiency and diversity, which for us means ensuring we have a workforce that’s reflective of the society we work in,” she says.

Katy Ingle, head of diversity, inclusion and learning and leadership development at the Bank of America, says it’s difficult to measure some areas of D&I.

“You might include diversity representation numbers, satisfaction scores, programme success, external benchmarks. But you need to make sure you’re not just looking at the data, it’s about driving change where you want to see it,” says Ingle.

“We take a multifaceted approach, such as signing up to the Women in Finance charter or looking at external benchmarks and measuring our progress against those. This means we can identify specific areas of challenge and also get feedback from external subject matter partners. These measures provide a basis for discussion, but in this environment targets must also consider the bigger picture of inclusion, which can feel different for everyone.”

Without targets to hit, Kingsley Napley measures progress differently. It analyses the D&I aspects of recruitment using job application data and looks at who is sifted out at each stage. It also measures retention and asks  employees  about D&I in firm-wide surveys about working practices and culture.

“As an example, a colleague shared a story with me of how she had worked with a large professional services firm who wanted to build greater representation of women in their management populations. The firm proudly announced that they had met their target. However, when someone in the audience quizzed them over what percentage of this total were women of colour, or women with a disability, they were unable to answer.

“This really highlights the importance of intersectionality and why we work with our clients to help them collect accurate diversity data. Employees will only share their personal data in this way if there is trust that their employer genuinely wants to understand different employee experiences, and use this input to shape future policies and practices.”

Whether setting a target for D&I is the right approach for a firm will depend on numerous factors – indeed, McKinsey & Company has previously advocated for evidence-based targets to drive change. However, it’s clear that this method will be ineffective in improving inclusion if it is not coupled with the right data, buy-in and cultural change.