How will employers fare under the new immigration system? 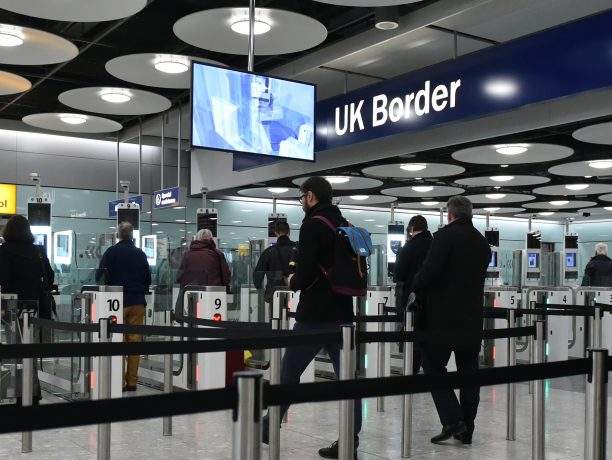 The UK’s new points-based immigration system opens for visa applications yesterday (1 December 2020). Will the system make it easier or harder for employers to have access to skilled personnel?

In a significant shift from the past, the new system will apply to European Economic Area (EEA) and Swiss nationals in the same way as non-EU nationals once the Brexit transitional period ends at 11pm on 31 December 2020. This puts the onus on companies in the UK that need skills from overseas to apply for sponsor licences.

We ask five immigration law experts for their reflections on the new system and what its advantages and disadvantages will be:

At first glance, the points-based system appears a more attractive proposition to employers, certainly in relation to skill and salary levels and cutting red tape.

From 1 December, employers will be able to sponsor workers who are taking on A-level vacancies as opposed to just degree level jobs. This opens up over 140 more job codes and include those below manager level. The salary thresholds are also dropping but it is important that employers check the immigration rules every time they plan to fill a vacancy as a migrant worker must also be paid at least the going rate for the job. The going rate will further depend on whether the proposed employee is a student, under the age of 26 at the time of making the visa application, or is taking on a shortage occupation or PhD level role. The salary goalposts are expected to move regularly so this will need to be bookmarked.

On the red tape front; the much-derided resident labour market test (RLMT) is being removed. Therefore, there is no obligation for employers to show carefully worded job ads for 28 days with a skilled worker application, thus shortening the time to onboard a sponsored worker.

However, the spectre may still remain in light of employers needing to show they have a genuine vacancy. Employers may wish to keep details of the recruitment campaigns they have initiated should the Home Office come knocking. There is some cheer with the news that the cooling-off rules (where some migrants could not return to work for 12 months after being sponsored) is being abolished for skilled workers and heavily revised for intra-company transfers.

Furthermore, more immigration categories are able to “switch” into others. This is particularly enticing for intra company transfers moving to the skilled worker category (which leads to settlement). Good for the worker, but a worry for the employer as it will be more difficult for them to hold onto staff.

Guidance for employers has been revised; however, on first acquaintance, the 200-plus page document has just been split into sections. Compliance is being given more prominence under the new system and it will be important for employers to understand their obligations as sponsors. There is little (if any) leeway for mistakes to be made which could result in the loss of a sponsor licence, a fine or even imprisonment.

The opening up of the system could well be seen as a free-for-all for employers and a strange tactic for the Home Office to use where there has been a history of trying to reduce numbers and protect settled workers.

Of course, there is a big sharp sting in the tail: cost. For a medium/large organisation to sponsor a worker for five years, the fees will be close to £10,000. For small organisations it is around £7,000. Factor in family members and possible settlement applications and they could rocket. Thankfully, applying for a sponsor licence is not so expensive and will be valid for four years. It will therefore be a case of pay-as-you-go for each employee. It is recommended to apply for a licence should you believe you’ll have any medium/high skill level vacancies in the next 12 months. Overseas job candidates have been looking at potential suitors on the publicly available register of sponsors and many will only consider those.

Those without could be missing out on valuable talent.

Those sponsoring non-EU nationals will find some relief in the new points-based system coming in tomorrow as the system becomes more flexible. For example, the RLMT has been scrapped; minimum salary level lowered; and the cap on applications scrapped, all things that should provide some relief to those filling jobs at all levels.

There are some welcome changes but we have to question whether the level of fees and red tape impedes the UK’s aim to compete internationally to attract the best talent and maintain its position as a world leader in industry. For example, there are skills shortages in the UK’s tech and life sciences sectors and despite the lower salaries for those in shortage/PhD or STEM roles, arguably the sponsorship system could still be a barrier to attracting the talent that is so clearly needed.

The new system has been created, says the government, to reflect more flexibility for employers, while also ensuring EU and non-EU nationals are treated equally.

Interestingly, and for the first time, as part of their visa applications many EU nationals may now be required to pass an English language test for the first time. Because the resident labour market will shrink to include only those in the UK and the Republic of Ireland (rather than the whole of the European Union), many more employers may now be pulled into having to use the sponsor system for the first time and will need to have some understanding of the accompanying compliance requirements. There may also be delays that result, at least initially, due the expanded use of the sponsorship system.

In trying to create more flexibility, the new system has actually resulted in a relaxation of certain areas of the existing system. For those employers already accustomed to sponsoring non-EU national employees for visas, where those relaxations have occurred it may start to seem less complicated. The removal of the RLMT has the potential to reduce both the timing of applications and the employer compliance burden, and there will also be a lowering of the minimum salary requirement to qualify.

The UK skilled worker route is expensive, not only due to the application fees but also due to additional charges such as the immigration health surcharge. Employers sponsoring non-EU applicants are already accustomed to these fee levels but they are likely to come as a surprise to those sponsoring EU nationals who have not had to pay these before.

Where there has been less information in the new system, is what will change (if anything) for business visitors. It is believed that the UK will likely move towards eventually introducing an advanced traveller system similar to the ESTA application currently used by the US.

Most interestingly, the tone of immigration policy seems to have shifted with this new system. Over the past few years we have become accustomed to the overarching policy of government being to reduce net migration. In contrast, this new policy now has no caps or numbers and refers instead to sustainability.

The new system is meant to be streamlined, simpler, and faster – we’ll see if that’s the case.

The tradeable points scoring system is an attractive new feature of the system but in reality it will only benefit some lucky individuals.

Employers have been frantically trying to navigate the new worker guidance which is over 200 pages long and separated into five documents.

There was a sigh of relief when we heard that the RLMT was done with. However, employers need to be warned that there remains subjective grounds on which the Home Office can refuse a worker visa application based on whether a role is genuine. We can expect the Home Office will want to still see evidence of recruitment campaigns being undertaken although the guidance is silent on the mediums of the adverts, contents and duration.

Employers are already asking me: What does the recruitment process need to look? Can I simply rely on the fact that my friend has the relevant skill set? Do I need to demonstrate that I have tried to recruit locally first?

Sponsor duties continue to be burdensome and the expectation remains that employers are to act as pseudo immigration officers. The Home Office views sponsorship as a privilege and significant trust is placed on sponsors, so it is important that organisation have their houses in order to avoid any unpleasant surprises by the Home Office. With over 32,000 sponsors [Tiers 2 and 5 as at 1 December 2020] and the numbers expected to increase in the coming months, it’s hard to see how the Home Office will continue to manage compliance.

Sponsorship is hugely costly and many SMEs may be priced out of the market.

Employers are going to have to take stock of their budgets and consider what level of support they may provide to sponsor workers. Some of my clients are implementing a visa repayment policy, whereby they can claw back some of the costs associated with sponsorship.

Employers will need to access this immigration system to sponsor workers rather than relying on the free movement rights of EEA workers from next year. This adds considerable cost and administrative responsibility to the recruitment processes, even though the immigration requirements are simplified. Access to the new system rather than the basis for qualification is becoming a significant barrier to sponsoring employees to work in the UK.

The requirement to document the right-to-work of EEA citizens in the UK is, from our experience, causing a degree of confusion at present. Our clients hope for further guidance about this before the end of the Brexit implementation period on 31 December.

Time to rein-in the algorithms

What did the Race Commission tell employers about bias?

Why HR needs to get a grip on holiday

What does the future hold for London weighting and regional pay?

Social mobility in the workplace – Watch our webinar

Financial wellbeing: one size doesn’t fit all – Watch our webinar