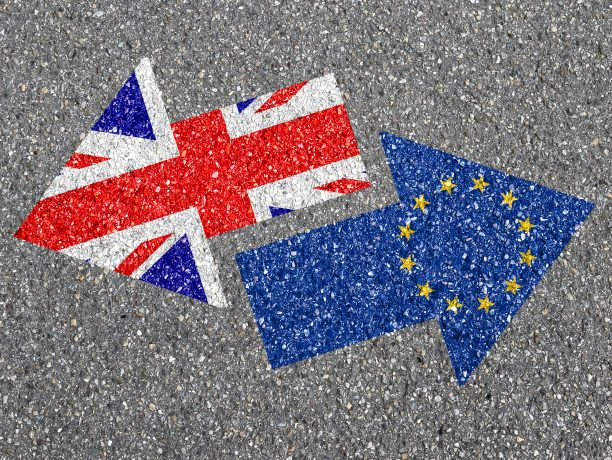 Although it may be too soon to conclude whether Brexit has been the headache law firms initially thought it would be, many have been setting up offices in the European Union as a precaution. Ashleigh Webber rounds up some of the recent announcements about firms’ expansion plans and what the trade deal says about practising in the EU.

To retain a foothold in EU markets many City law firms have started to open offices abroad.

Although the sector has had since the 2016 referendum to prepare for the UK’s departure from the EU, it appears that only now it has firmed up plans to keep a toe within the bloc. There has been a slew of announcements made over the past couple of months, with popular countries for these EU outposts including the Republic of Ireland, the Netherlands, France and Belgium.

Many lawyers in England and Wales sought qualifications to practise in Ireland to enable them to continue operating in the EU, but late last year the Law Society of Ireland said they would no longer be entitled to practising certificates unless they had a presence in the country. This may have come as a blow to firms that had been banking on this strategy.

What the trade agreement says

Under the trade agreement between the UK and the European Union, UK-based law firms are allowed to establish a branch in EU countries through which solicitors that qualified in the UK can deliver legal services. However, these solicitors are only able to practise in accordance with the particular rules in each country and may require further qualifications or licences.

Some countries may also require UK firms to establish a legal entity in the country they wish to operate in.

The Law Society of England and Wales has compiled detailed guidance for firms who want to set up offices in various countries.

Now that the transition period has ended and a trade deal has been struck, the position is much clearer for law firms and this has prompted a wave of announcements about new offices in EU cities. However, many have been reluctant to say more about their plans at this stage.

Dublin appears to be an attractive option. Earlier in March Hogan Lovells opened a new office in the city – its 17th in Europe – which it describes as a “strategic gateway to the EU and the rest of the world”, while it was reported that Linklaters was in negotiations to open an office in the city centre. Ashurst has also set up a competition and anti-trust law-focused Dublin office.

Paris is also popular among UK-based firms. Addleshaw Goddard recently opened an office in the French capital that specialises in a range of areas from cross-border disputes to data protection. It also has an office in Hamburg, which opened in 2019.

“We registered a Paris office and went through regulatory approvals ahead of the January 2020 deadline as part of our hard Brexit planning and to keep our options open,” a spokesperson for the firm says.

“Clients are nevertheless increasingly telling us that their preference is for an integrated cross-border capability. Opening an office in the two largest eurozone economies in quick succession is an important milestone in our response and plan to build over the coming years a meaningful presence in the major European markets to better service global and UK corporates.”

Other City firms have only just started putting plans to establish new EU outposts into motion.

Pinsent Masons recently announced plans to open an office in Amsterdam and has recruited a data privacy and digital lawyer to lead its operation there.

“With a quarter of our top 250 clients operating in the Netherlands this is an important strategic market for Pinsent Masons and I’m delighted to be starting the process by which we will quickly build out a meaningful capability in Amsterdam,” senior partner Richard Foley says.

Similarly, US-headquartered Simpson Thatcher & Bartlett has laid out plans to open an office in Brussels this summer in direct response to Brexit. Bill Doherty, chairman of its executive committee, previously commented that Brexit presented firms with “continued challenges in navigating an evolving legal framework”.

“The Brussels office will complement the firm’s presence in London and will focus on providing our clients with advice on European merger control and competition law and regulations concerning foreign direct investment before the European Commission, the European Courts and member states of the European Union,” he says.

The nature of how some firms operate meant that setting up offices abroad came with few challenges – especially for smaller legal firms.

Although headquartered in London, Spencer West has a presence in several European markets as its lawyers largely operate remotely. It recently began operating in Brussels after engaging a solicitor who is registered with the Brussels bar – instantly overcoming some of the regulatory and structural barriers to setting up abroad.

The firm adopted the same approach as it does to opening a new location in the UK. “We find a really good lawyer in a part of the world where we want to be, and then we build around them,” managing director Simeon Spencer says. “They are contractors, but they are very much a part of our firm and sit under our banner as Spencer West lawyers. We provide everything necessary to practice.”

Spencer West’s decision to open the Brussels office was not only made in response to Brexit – it aligns with the firm’s international expansion strategy. It also has a presence in Paris, Italy and Germany, and is talking to lawyers in countries including the Republic of Ireland and Spain.

While it appears that setting up an office abroad is not all that different to opening one in the UK, Spencer questions whether this may become more challenging in future.

“I’ve little doubt that things may get more difficult in the future as [the UK and EU] really do diverge away from one another,” he says.

One area that could prove complicated is data. Spencer says it is now more crucial to have somebody based in the EU for data flow and data protection purposes – an issue that didn’t exist before Brexit.

“It helps to now have an office in Brussels with someone who is immersed in all of this,” he says.

The divergence may also have given some firms an opportunity to think about expansion or focusing their efforts in new markets. For example, US firm Armstrong Teasdale acquired commercial firm Kerman & Co, which has offices in London and Dublin, last month – a decision that Armstrong Teasdale’s managing partner David Braswell says was driven by a desire to “take advantage of tremendous growth opportunities in London” and “build a strong bridge into Europe”.

The true impact of Brexit on the legal sector is yet to be felt, but the recent wave of announcements about new office openings suggests that firms are doing all they can to retain a presence in the major jurisdictions they operate in.

Neurodiversity in law – watch our webinar

Your money and mental health: how law firms can seize the wellbeing opportunity – watch our webinar

Is target-setting the best way to drive diversity and inclusion?

How will access to a legal career change? – watch our webinar