Brexit: how will it affect firms with European interests? 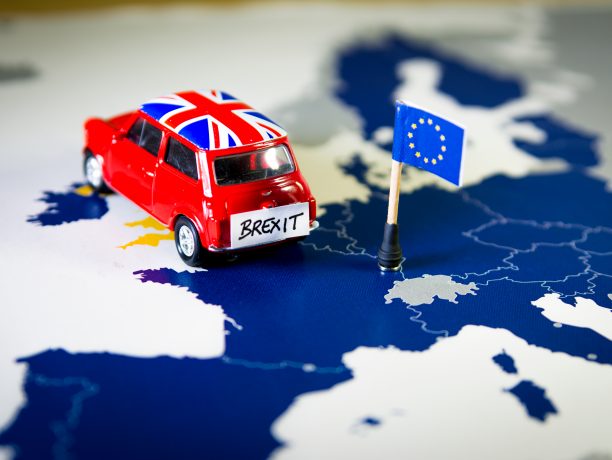 Amid the incredulity and consternation at the last-minute negotiations in Brussels over the UK’s departure from the EU, one sector seems to have been forgotten about: professional services. Adam McCulloch investigates how legal firms with interests in Europe could be affected.

Professional and business services provided £225bn gross value added to the UK economy in 2019 and employed 13% of the UK workforce, yet these dynamic and highly successful sectors have been overlooked in the UK-EU future relationship negotiations according to the House of Lords EU sub-committee report in October.

The services – accounting, advertising, marketing, consultancy, management, architecture, engineering, design, audit and legal services –  provide exports valued at £96bn, which is over three times the value of the UK’s leading goods export (cars). The EU is the largest market for the UK’s professional and business services, amounting to 37% of exports and £35bn.

Although, the committee observed, a free trade agreement on services “would be no silver bullet” for this vast sector, the Lords said there could be catastrophic consequences for the sector if “national reservations” were applied that undermined free trading.

Business mobility, mutual recognition of professional qualifications, data adequacy and intellectual property were the areas of main concern for the committee. Without agreement in those fields, UK interests on the Continent were under considerable threat, it said.

Move forward a year and the picture doesn’t look so rosy as the no deal option remains on the table, business mobility looks encrusted with Covid and red tape and some commentators alleging that the government is not sensitive to the needs of UK businesses, just telling them to “get ready” without the “for what” part.

This of course includes the legal services sector which produces £5bn worth of exports to the EU each year and is in a pre-eminent position in Europe – for now. It’s also at the cutting edge of technology. In 2019, TheCityUK’s Legal Excellence Internationally Renowned report, Gary Campkin, managing director at TheCityUK, said: “UK legal services are a truly world-leading industry and integral part of the ecosystem which makes the UK the foremost international financial centre.”

At the moment, law firms can run subsidiaries in the EU countries and UK qualified lawyers can service EU clients through the mutual recognition of qualifications rules. Initially, says services expert and professor of economic geography at Nottingham University Sarah Hall, the UK asked for more than Japan and Canada had with the EU in that area. She says: “We wanted more guarantees around mutual recognition. This was sensible because free trade deals don’t usually do very much for cross-border services trade.”

Unfortunately, the negotiations didn’t go well. “Everything I’ve heard about the negotiations suggests that the mutual recognition of qualifications won’t be in any deal if any deal is forthcoming,” says Hall. “Yet it’s one of the biggest issues for the services sector.”

So this leaves UK solicitors who want to continue to represent clients in front of EU institutions and haven’t started the process of having their qualifications recognised by the EU before 31 December 2020 needing to requalify to acquire an EU or EEA title. That means they would maintain protection of legal professional privilege – protection for them in terms of lawyer-client communication, which is important in terms of justice.

However, one of the easier ways to achieve this appears now to have been blocked as the Law Society of Ireland in November decided that lawyers based in England and Wales would not be entitled to practising certificates unless they had a presence in the Republic. There had been a rush to gain certificates ever since the Brexit referendum in 2016.

It will also not be possible for UK law firms and their subsidiaries to operate as limited liability partnerships across Europe after 31 December. Each country has different laws regarding the structure of companies. There is no direct equivalent to the LLP in France but in Germany, where firms such as Clifford Chance, Hogan Lovells, Linklaters, Allen & Overy and Freshfields Bruckhaus Deringer, have offices, legal entities have been able to alter their structures to continue operating, although there is still a lot of “wait and see” as to what will happen.

In other countries, says Hall, there are ownership rules that mean you have to be resident in that country. “If you are Linklaters and you want to operate in four different jurisdictions you can’t roll out the same structure in each one.”

This has left firms preparing for the eventuality of operating under separate bilateral deals agreed with each country, rather than operating under a regime agreed uniformly at EU level. “There’s a sense that the solution would be better at a country level,” says Hall.

As with the City of London’s financial pulling power, many in the legal industry believe that the sector’s prominence internationally will see it through. After all, English common law is viewed as the basis for international business. The LLP may not be compatible with legal systems on the European mainland but it suits the UK with its history and traditions, and its success in terms of international transactions reflects that. Bilateral deals would be mutually beneficial and keep business flowing, so the optimists would say.

However, says Hall: “I don’t think the mood music I’m picking up from the sector suggests there will be opportunities for legal firms in all this in the short term in terms of access to the single market.

“Lawyers will certainly be busy with lots of business in areas such as data transfers” but in terms of organisational structure there are real difficulties, with no short cuts, such as the one the Law Society of Ireland is closing.

At the same time as facing these structural difficulties in Europe, business travel for people working on international projects has also become extremely problematic as new visa rules, difficulties at airports and Covid restrictions collide to stifle what has been taken for granted for the past 40 years or so.

For Hall, any complications surrounding people’s ability to travel means that UK experts and officials are at a disadvantage. “Mutual recognition is one thing but business travel problems will cause a lot of issues.” Why use expertise from the UK with all the newly attendant travel difficulties, when you could so much more easily invite someone from a neighbouring country, she asks.

So for legal firms, there’s plenty at stake. “A lot depends on the extent to which bilateral agreements are agreed between the UK and some EU markets if an EU-wide agreement on mutual recognition is not secured in any trade agreement – particularly between France and UK and Germany and UK. If those bilateral agreements aren’t forthcoming there will be significant difficulties in servicing EU markets from the UK,” says Hall.

A focus on the South West legal market – Watch our webinar

Wellbeing: Four ways to ensure employees get the message

How will employers fare under the new immigration system?

Empowering people to take control of their own wellbeing

Will COVID spell the end of hierarchy?